An Audience with the Connoisseur

‘Connoisseur’ has been giving the Maltese Facebook community a daily-dose of Beauty since June 2013, and has garnered a cult-like following of Beauty lovers. In his first interview ever, the incredibly talented SEBASTIAN SAID gets invited to the Connoisseur’s palazzo in Valletta to talk about his love for Beautiful things. The Connoisseur – who asked to remain anonymous – has also chosen eight pictures of beautiful things: the only criterion we gave him was ‘love’.

As I walk up the columned marble staircase, the scent of amber wafts through the air. Once on the piano nobile of his Valletta palazzo, the Connoisseur – surrounded by white orchids in oriental jardinières – welcomes me into the gilded salon and offers me a Campari and soda in a heavy, cut crystal tumbler. 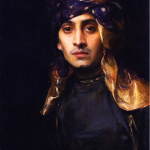 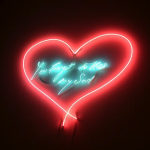 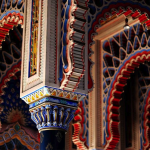 It’s easy to see where he gets his inspiration from: the room is alive with antique mirrors, a myriad of silver objects, framed photographs and oriental rugs. The library is stacked with books encompassing all subjects imaginable. Everything about him, from his tailored blue velvet jacket to his skinny black jeans and gilt medusa belt is a study in casual refinement. As he puffs on a slim, black, clove cigarette, the Connoisseur looks at me expectantly.

Conversation immediately turns to his Facebook page, which has been providing Maltese aesthetes with daily injections of Beauty since June 2013. 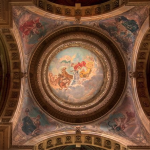 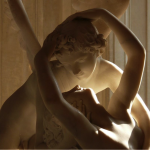 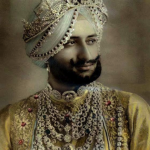 “‘Connoisseur’, he explains, “is a visual representation of my thoughts, a train of never ending references, be they artistic, cultural, or architectural… I love Beauty and I seek it actively, every day, in books, in buildings, in people’s faces, in their minds. Malta is blessed with great Beauty, but is also cursed with the obscenely ugly and a profound provinciality which often limits our seeking and appreciating of that which is not strictly utilitarian. The aim behind ‘Connoisseur’ is to share that which excites me, that which renders my days more stimulating, that which amazes and amuses me.’ 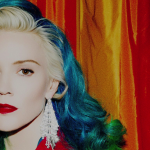 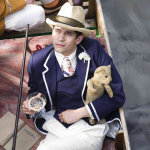 Ben Whishaw in a still from ‘Brideshead Revisited’, directed by Julian Jarrold, 2008 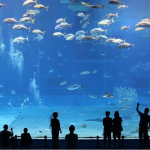 His remarkably blue eyes look down at my notepad: “Beauty, with a capital ‘B’. That is the value which makes the mundane sacred; the everyday exceptional. It satisfies a primordial human need, a desire for something greater, higher, superior. Dostoevsky once wrote: ‘Beauty will save the world’. That is my page’s motto; a mantra of sorts.”

As I nod in agreement, he unexpectedly changes tone: “Would you like a cigarette?“, he smiles.

You can get your weekly dose of Beauty by following Connoisseur on Facebook.