As Airport Impressions are set to perform at Earth Garden, we have a quick chat with the band’s guitarist Johann Schembri.

Few bands have managed to make it as big or as quickly as Airport Impressions have; in fact, it’s quite hard to believe that their first album, Minutes of a Lifetime, was released just two years ago. Since then the band (made up of Errol Sammut, Johann Schembri, Chris Curmi and Steve Farrugia) has cemented its status as one of the best and one of the most in-demand on the local scene – dare I say – ever? 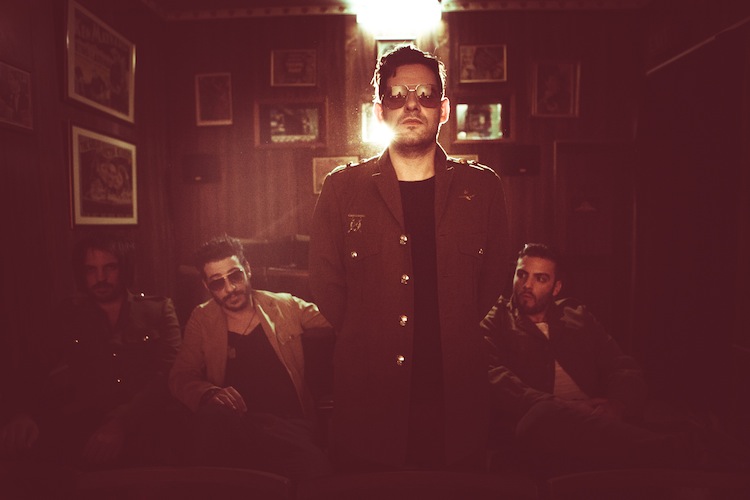 Here, Johann Schembri, the band’s superb guitarist, talks to us about the process that lead to Mariette, his favourite song off the album, and the band’s upcoming gig at Earth Garden this Saturday 7th June.

“‘Mariette’ is quite different to our first album. The musical aspect is more challenged but we made sure to keep the vocal melodies synonymous with the band. We also experimented more in terms of musical instruments and included the banjo, the mandolin, the double bass and a lot of different guitar tunings to the mix. This album is also more acoustic-based and has a rawer approach to music than Minutes of a Lifetime did.

“My favourite song from this album is this work’s titular song. ‘Mariette’, in my opinion, projects the positivity we hoped our album would have and that was one of the main reasons we chose it as the album’s title track. It revolves around the kindness emanated through motherhood and also sets the right tone for the rest of the album. I also think that this song took us back to our roots and gave the band a more defined identity.

“Errol [the lead singer] and I usually write songs inspired by personal experiences, however there are certain songs which were totally conceived during our rehearsals. It should be noted that the whole band has an active role in bringing the songs together into what you hear on the final product. These different song-writing approaches give us versatile sounds, but somehow they all seem to fit in in their own place.

“Earth Garden will be the first time we actually perform the whole album live in front of an audience and it’s going to be both challenging and exciting. The live feel is something extremely important to a musician, and we’re lucky in that a lot of the songs in this album are perfect for it. I’m not quite sure why, though… Could be the rawness, the acoustic feel to the album or the moods… Guess the audience can help us figure it out once the concert’s over!”

Airport Impressions will be playing at Earth Garden (6-8th June) in Ta’ Qali on 7th June. Tickets can be bought online at www.ticketline.com.mt (€15) or at the door (€20). Their album can be purchased via iTunes or in all good music stores. You can keep up with Airport Impressions on Facebook, YouTube or through their website.