Presenter and author MARIELLA PISANI BENCINI speaks exclusively to iggyfenech.com about her career, her second novel, and Meander, which is now in its 22nd season.

Over the past 22 years, Meander has brought art and culture into the living rooms of the Maltese people, and given those who would have otherwise never really come in contact with art a chance to enjoy and experience it in the comfort of their own homes.

Here we talk exclusively to Mariella Pisani Bencini, who has presented and produced Meander during its entire run (first on PBS and, since last year, on NET TV), about her career, her upcoming novel, and how she believes Meander has helped further the arts and culture scene in Malta.

“Let me just start by saying that if anyone had told me, back in 1987, that in 22 years’ time, I’d still be doing Meander, I’d have thought they were crazy. But here we are and, dare I say, the show is still going strong.

“Meander, from my end, at least, was a series of coincidences. Before 1987, I was doing a live show and a children’s programme, but I’ve always considered myself to be a writer, so I decided to do a scriptwriting course with George Peresso. We were a very small group, just two or four people at most.

“Then, one day, George asked me to co-present a show by Tony Barbaro Sant called Skeptrum. I had said yes, and spent a year doing that. Then, Roland Flamini approached me and me asked me to produce and present Meander, the new cultural programme on PBS. The first two months were absolutely crazy, and all George used to tell me what that I had signed the contract and had to do it.

“My background is actually in History of Art, which I read for at the University of Malta. But, with Meander to produce, write and present, I have been researching art and artists every week since then. 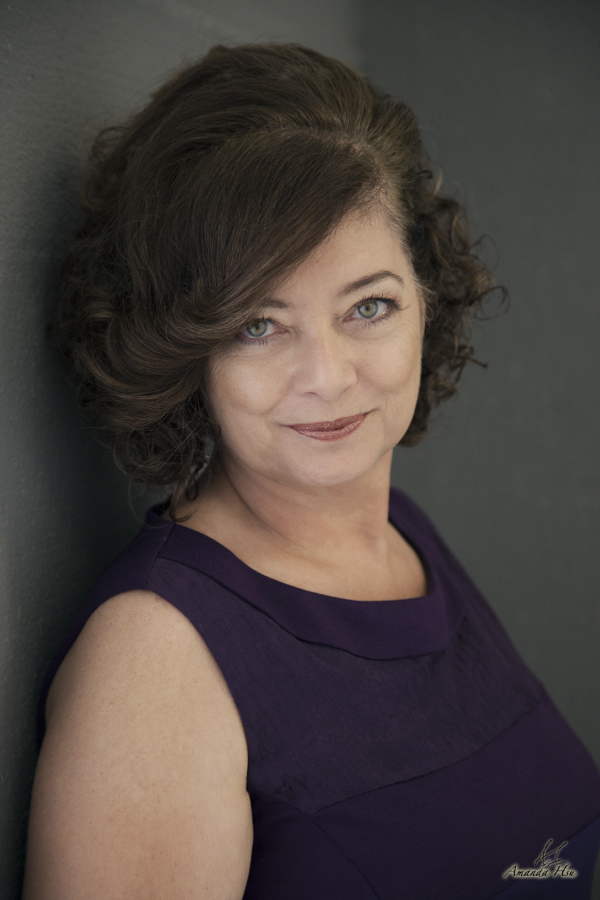 “From the very beginning Meander aimed at filling part of the void, which existed in pre-1990s Malta, by giving Maltese artists a means with which they could showcase their art and creations to the general public.

“I love Maltese art and artists – I love their eccentricity and I respect how hard it may sometimes be for them, because there isn’t as much acknowledgement as there is abroad. Things are changing but it’s still a struggle.

“That’s why, in fact, we never stopped at the established artists, like Antoine Camilleri, Gabriel Caruana, Harry Alden and Frank Portelli. With these, we tried to give as much exposure to the then up-and-coming artists, too… Indeed, Meander has seen a whole generation of artists, who are now in their 40s, grow and become incredibly successful, but who had just started back then.

“I think this gave me and the viewers of Meander an unparalleled insight into the art and the life of the Maltese artist and his work. And through their evolution and artistic growth, they helped me evolve with them, as well.

“I’ve also been privileged enough to see art and culture in Malta changing. Back in the very first few episodes, for example, I had an easel in the studio with a painting on it – this would be changed every week or after a few episodes.

“Then, this one time, I received a call from the American Embassy and I was asked to exhibit a piece of abstract art by an American artist – I thought it was a great idea, but the feedback was unbelievable. Before then, landscape and portraiture were all we discussed, and once people saw this piece of abstract art they were shocked. I got phone calls and letters asking me what rubbish I was putting on display.

“Nowadays, it’s very easy to forget how ‘new’ abstract art was to many people back then but, at the time, audiences couldn’t really feel anything for it. It was a completely alien concept.

“Having said that, when people ask me how I think Meander affected the arts and culture scene in Malta, I always think that there are two ways of looking at it. Firstly, it gave people the opportunity to participate in the arts and culture scene in the privacy of their own home. Let’s keep in mind that some people believed – and some still do – that art is a highbrow sector that is closed to them.

“Secondly, Meander has also been instrumental in promoting local artists and bringing them into the living rooms of the general public. It gave people the chance to become critics and to decide what they liked and didn’t. It moved art from the haunts of the elite into the homes of the masses and that’s why, I think, we had a strong viewership from Day One.

“Of course, I am not saying that Meander did this single-handedly; but it was part of a movement, and many people and entities have pitched into this. But one thing that has always surprised me throughout these 22 years, is just how many people – from so many different walks of life – take the time to sit down for half-an-hour every week to learn about culture – coincidentally, it’s one hour now!

“One of the most memorable experiences, I think, came just after I had started the show. I was in Gozo wearing a hat and sunglasses, and as we were walking through the middle of nowhere, a farmer from a field shouted, ‘Ara! Int mhux dik ta’ M…’. He couldn’t even pronounce the word, but he watched the show. It was amazing and I felt so proud that I was making a difference, no matter how small that was or is.

“I think art in itself is beautiful and you don’t need to be a connoisseur to enjoy it. And so long as a piece makes you think, ‘My goodness, that’s disgusting’; or ‘Wow, it’s beautiful’; or ‘I think I’m going to cry’, then it’s art.

“I also like to think of myself as an artist – in fact, first and foremost, I consider myself a writer. My first novel Tliet Nisa u Mara, to my utter astonishment, won the National Literary Prize. And that, I would say, is my ultimate personal achievement. I love writing and I’ve written plays for the radio, too.

“I’m now in the process of publishing my second novel, which will be in English. The title is going to be We Belong – and it’s in my style, you know, concise and to the point. I would describe it as literary fiction in genre, but someone who’s read it has told me it’s somewhat poetic.

“Even so, Meander, which I decided to shift onto NET TV and give it a new and revamped feel as of last year, keeps taking up most of my time, and today [Thursday 24 September] we filmed our first episode for the season. It went really well and I do hope people continue watching it, because, after all, it all amounts to that. As for me, yes, I somehow still want to continue doing it and I look forward to many more years of Meander.”