Art is not simply a painted canvas on an easel, nor is it poetry being put to melody. For anything to be art it has to have a memory or an emotion that not only shines through but that imprints itself on the audience, or something that provokes outrage and awe in it. That is why this week we talk not to an artist but to someone who has made art his lifestyle.

His name is Charles Calleja – better known as ‘Il-Gadazz’ – and he is Malta’s most inked man. Each of his tattoos has a meaning or a memory, and some of the most noteworthy ones include a Buddha which covers his scalp, the words ‘The’ on one eyelid and ‘End’ on other, San Gorg Preca on his right side and – my personal favourite – one of Our Lady of Sorrows with a robotic-alien face.

His ultimate dream is to make it to the Guinness World Book of Records as the world’s most tattooed men, but before then, here he is, talking about his first tattoo, his favourite one, people’s perception of him and his love for family life and religion. 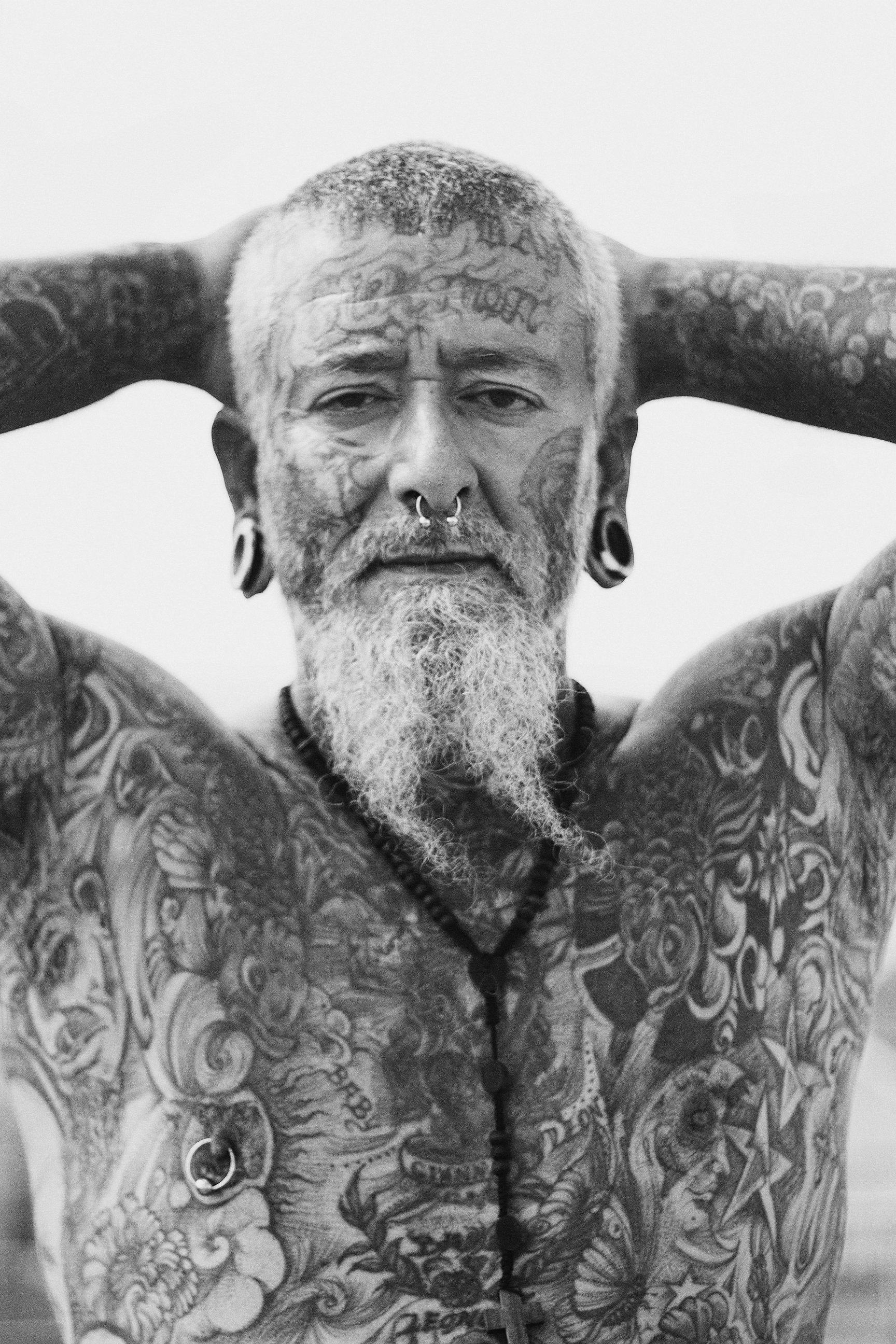 “I got my first tattoo when I was 18. I really wanted to get inked before, especially since my elder brother had already got himself a couple, but Duminku, who was his tattoo artist, insisted that I shouldn’t get one until I was of age. I remember back then they were Lm15 and the first one I got was a parrot on my left arm. And from then on, I was hooked.

“Back then, not many people would tattoo on forearms, and I remember asking one of the tattoo artists who I used to adore whether he’d do one for me over there… but he respected and loved me too much to do that. He knew it wouldn’t be easy for me once the tattoos became difficult to hide from others, but I was – and still am – hardheaded, so I found someone else who’d do it for me… and as you can see, I did!

“My favourite is the American Indian on my right thigh. It was done by a guy called Willy, and it’s a real piece of art. It was done in freehand style and everyone who’s seen it has said that it’s beautiful, including some great tattoo artists in Thailand!

“I’ve always been fascinated by tattoos, but the funny thing is I don’t know why! A lot of people think I’m a thug, but I’m really not. I’ve changed a lot since I got my first tattoo, and something which might not be so obvious is that I hate it when people curse and swear and when people are disrespectful and low. 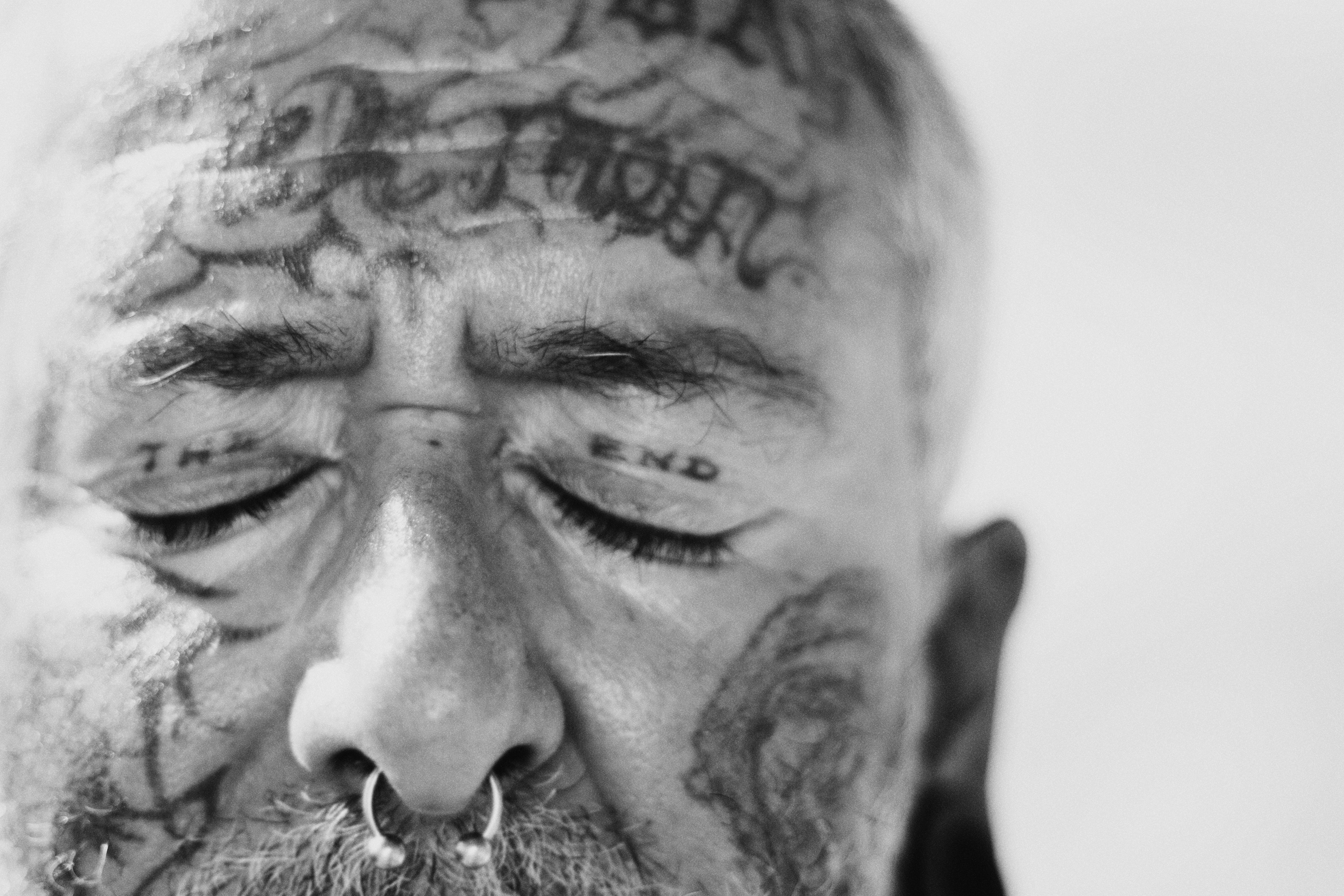 “Unfortunately, I’ve had to live with the stigma that comes with being tattooed from head to toe. I’m not stupid, I knew what was going to happen, but why should I have let it stop me from doing what I wanted to? It’s crazy how people think I’m a druggie or a brute. I mean, I was at the open market last time and women were clutching at their bags like I was going to mug them!

“I really love my tattoos and I’ve never regretted having them done but I hate the fact that people are scared of me. Just last time for example, my friend suggested this guy to come over to install some windows in my house, and later on he told my friend that he was considering not doing the job because of my tattoos… Isn’t that crazy? Thankfully, he was really surprised that I didn’t bite!

“My friend was livid, but it goes to show that first impressions and appearances can deceive! So much so that when I was in Bulgaria, our tour leader actually came up to me at the end of the trip and told me that she had spent many sleepless nights worrying about whether I’d get on with the other holidaymakers and whether I’d turn out to be some crazy maniac! Thankfully, I managed to make them laugh and I’m still in contact with some people I met over that trip!

“I do understand why people might assume things, however. There was a time when I had demons tattooed all over my body, but I’ve changed – I’ve grown up! I’m no more of a saint than the next person but I swear to God that I’ve neither done drugs nor stolen anything in my life!

“My tattoos are evidence of what I hold dear and what I believe in. I have four out of my five children tattooed – one of my biggest regrets is not having enough space to tattoo my last born; I have San Gorg Preca on my ribs, Jesus and the Virgin Mary on my cheeks, and the Redeemer on my chest – I am no thug, I just like being different and expressing myself, that’s not a sin!

“Apart from tattoos I’m also interested in memorial bookmarks. In fact, I’ve had an old friend make me one and loads of people think I’m insane. Hell, maybe I am a bit insane, but it looks so cool! It’s not that I’m fascinated with death; to be honest, I’m quite scared of death, but it’s got to happen, which is why I have ‘The’ and ‘End’ written on my eyelids, because when I die, that’ll be it – life here will be over!

“But before that happens, what I’d really love to do is to become the world’s most tattooed man! It’s not easy, especially since, ironically enough, getting inked hurts and I’m scared of pain! But I would do it if someone were to sponsor me – just don’t tell my mother, I don’t think she could handle knowing that her son has a tattoo!”

Photos taken by long-time friend and incredible up-and-coming photographer, Andrea Bellizzi. Check out his work on Facebook and Tumblr.