The Kingston University Chronicles, Vol. 2: What Does Depression Give Me?

Posted by Iggy Fenech in My Projects

A mash-up for a cause: A project about depression.

WhatDoesDepressionGiveMe.co.uk was created by my peer, Ida Sjöman, and I in honour of this year’s Mental Health Awareness Month which is observed in America.

The interactive video projects the user into the mind of the depressed using visuals and audio, while it also turns the same user into the one inflicting the pain with its interactivity. What it seeks to explain, however, is that the ‘bully’, or the person who is adding to the pain and worry of someone who’s depressed, always has a choice to stop what he or she is doing.

One of the things I loved about studying at Kingston University was that we weren’t taught to think in terms of credits or exams, but in terms of projects and how they could be used outside the classroom. 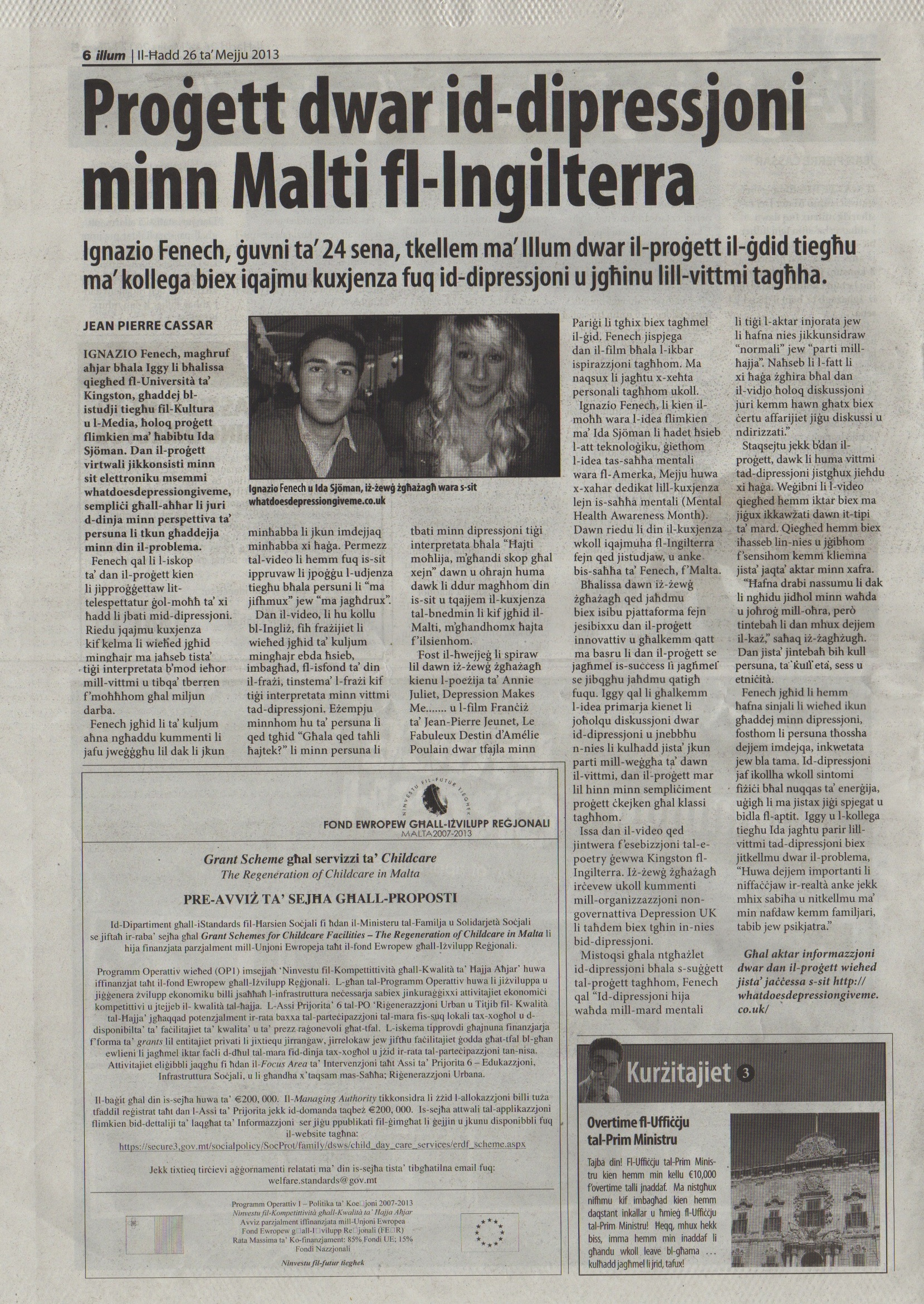 WhatDoesDepressionGiveMe.co.uk was created with that in mind, and over the course of the past couple of months it has been featured in Depression UK’s newsletter and the Maltese newspaper Illum (for which I would like to thank Jean Pierre Cassar).

As some might realise while interacting with the video, is that it reworks various elements from popular culture and literature to create a new piece of work. The music, for example, is ‘Comptine d’un autre été: L’après midi’ produced by Yann Tiersen and which was featured in Jean-Pierre Jeunet’s Amélie; while the lines recited by the actress, which are an explanation to the remarks being thrown at her, are from Annie Juliett’s poem ‘Depression Makes Me’.

As I’ve mentioned before, this interactive video was a group project, and I worked on it with Ida Sjöman who is a legend at anything that requires Flash, Photoshop or any other computer software. As we’ve explained to many, we worked incredibly well together and were lucky to have many people help us, particularly Joanne Romaniuk who stars in the video and Maria Mencia who gave us a push in the right direction.

Ida Sjöman’s portfolio can be accessed here. She can be followed on Twitter here.